Like the title says, spirituality isn’t what it used to be. What once was perceived as a distant, unreachable, and perhaps even mysterious “thing,” now breaches the surface as very much of a reality; something applied to every day life. 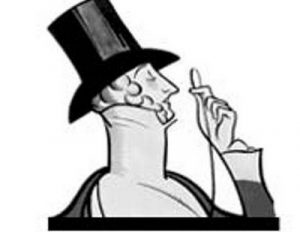 And, it’s not just for elitists who tout a lot of do’s and don’ts, but may be light on the actions themselves. If I had a dime for every person I’ve seen who has tried to covet spirituality- as if it was some object only available to those who’ve earned it, I’d be a rich (non-spiritual ha ha) person.

Spirituality to me isn’t about being better than any one else or even “being” better at all. It is about belief. And beliefs to me are nothing more than glorified opinions of what someone construes as truth- but may not be proven. In fact, many topics within spirituality aren’t.

My point being, no one has the key to all the answers, nor do we, as a collective, know all there is to know out there. It would be wise for all of us to take note of every person- not just the perceived experts.
(There aren’t any!)

Spirituality – it’s not your grandmother’s!