Yes, I’ve always talked with people who have passed. It’s been a part of my life for as long as I can remember.
However, during different parts of my life, I had often wondered if encountering someone who was so close to me would make a difference;
Would it be more emotional?
Would it be more scary?
Would it be more clear?
… The answer is a resounding yes to all of those questions
and I wanted to share my experience and some of the messages I’ve received. 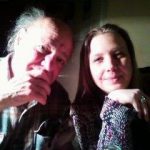 My dad passed last month and it shook my world. I mean, I knew the day would come eventually, but until it happens, you just never know how you’ll react. I think I screamed at the top of my lungs and cried for an hour straight. I’ve been through many things in my life, but this…this was the hardest, most heart-wrenching feeling I have ever felt. He’s gone, oh my god, it’s true, he’s gone. But was he really?

Physically yes, he’s gone but anyone who has been into any kind of faith-based religion or has had their own experiences (like me and most likely you if you are readings this), knows that we are taught the Spirit lives on. But where do they live on? How? What are they doing?

I asked my dad these very questions.

One day last week I was sitting in my bedroom in silence. I was wrapped up between deep thought and no thought for quite some time- a kind of a detox for my Spirit that I do when I know I need some “me time.” Suddenly I felt a presence. Now this is not unusual for me but as the feeling grew more intense, I realized it was definitely out of the ordinary (even for me ha ha). As a rule, Earth Bound Spirits come to me on my right hand side, and the “already crossed over” Spirits are generally on my left. This presence was dead center (no pun intended). I felt quite startled and uneasy at first- which is also not unusual for me- save for the fact that I could no longer lie in my bed, shift and ground. Instead, I jumped out of my bed and began walking around from room to room, sitting and then rising again along the way. “What on earth? I’ve finally lost it,” I thought as I now feverishly tried to find my own center.

I felt a wave of peace take over (thank you Dad) and I started to smell my father’s cologne. It was as if I could touch him right then or, at any moment he was going to appear right in front of me. The air was heavy; ready to birth something that I’ve never experienced before. I knew that. So I called out and said, “Dad, I love you, I miss you. Are you okay? Where are you?”

I did not hear a sound. (It’s rare for me to ever hear a Spirit’s voice). So I climbed back into my bed, laid back and asked him again in my mind. This is how I usually get communication and if it wasn’t broke, why fix it?! I started to “hear” him saying, “I’m okay, doing good. I miss and love you too.”

Now this is where it gets more interesting and, it is what I really wanted to share:

When I was 7 years old, my dad got into a horrific car accident. The hospital called my mom and said that he was “DOA” meaning, dead on arrival. We were to come to the hospital to identify him and collect his personal belongings. It was a sad, crazy day- I remember. I went into my room to get my coat but not before plunging into my pillows to cry. I lifted my head moments after and thought, “He’s not dead!” I got up and started shouting through the house, “Mom, he’s not dead, I just know it, he’s not dead.” As usual, she looked at me as only a mother who has become accustomed to her strange child proclaiming a vision and said, “We’ll see.”

Obviously, because I’m telling you this story umpteen years later, he wasn’t dead, but he did die for a few minutes that day.

My dad was always “spiritual” and we shared in those similarities. It was one of the things that bonded us so much. He told me all about what he saw and felt. He said, “It was so peaceful and I went into a light which led to a big, white city. All white.”

I wanted to include that part of the past because it became part of what he showed me during our connection. Often times, I receive messages through pictures, and this was no different in that respect. He started showing me the white city but as we grew closer to it, I started to make out some color. He said, “It’s very, very bright, white light here like the sun, only it doesn’t burn your skin and doesn’t hurt your eyes.”

To me, it looked very much like any other place here, on earth.”

So, I got to pondering:

Me: Dad, is this YOUR reality?
Dad: You were always a smarty. Yes, mine.
Me: Is everyone you know who passed already there?
Dad: No, but we can go over anytime to visit. It’s kind of like driving to another city to visit friends or family.
Me: Driving??
Dad: Best way to explain it. But yes, driving. I can for instance see my mom and dad, they are in another “town.”
Me: Are towns kind of a metaphor for other people’s realities?
Dad: Exactly.
Me: Other dimensions, Dad? Is that what it is?
Dad: Kind of, hon. It’s like this, some people have the same preference and that’s what makes up the “towns.” I loved the simplicity of the 1950’s so the town where I “live” is very old-fashioned. There are people working, talking, singing, just like any other town. And the ones working wanted that.
Me: Wow. So your own version of Heaven?
Dad: In a way. There are other places and other states of being. For now, I am here and for now, that’s all I know. It’s really nice, Jen. Please don’t worry about me anymore. I am more than fine and I will be watching over you. Remember to call on me in your spiritual work and to keep at it, too.
Me: I will, Dad. Thank you, I love you. Will you let me know when you “move?”
Dad: Ha ha, you bet I will. 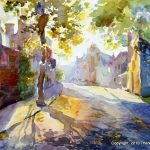 I have read about and heard about different theories of what happens and where we go when we die. And, I did always subscribe to a similar idea about it kind of being what we thought for ourselves or what we would consider to be “Heaven.” But it never occurred to me that perhaps the other dimensions that some of us have seen could be part of heaven. Or that multiverses are actually parts of our created heavens when we die! I just had to share this so others can contemplate, too. I’m more of a hands-on type of gal and I generally like to believe based on experience and not just what’s written by others…so please feel free to not take my word for it. As for me, I found some answers and then some.

Thank you, Dad, for the beautiful experience, the wisdom, the memories and…the love.

Messages From My Father

4 thoughts on “Messages From My Father”