42 years old last September and I had yet to fully bring myself to the surface and allow a great deal of people to really know about me. It has resulted in people- with less than enthusiasm in their hearts for me- to create their own picture of who I am, where I come from and how I just “be.”

I am not anyone famous, I am not posting a tell-all. But I so wanted to use myself as an example of what life is for most of us; whereas the old adage applies, “don’t judge a book by its cover.”

I’ve been judged my entire life and I can guess, so have you. It’s only natural that humans do this. I suppose it’s for good reason at times as we have to discern whether or not we’re in danger, etc. So, with that being said, this isn’t a scathing article about how we should not judge, but rather, a sharing of sorts to perhaps shed some light on one person’s life- in this case, mine- to demonstrate some of the conclusions we draw about others.

I have always talked about how everyone (particularly on social media), puts their best face out there. We represent the best of us out there online, but the truth is, each person has their own issues in this life and portraying as if they don’t, never ever works. People will make up their own mind about you no matter what you present, so you might as well be who you are.

This part is for all you gossip hounds out there, so start reading! (Said in jest…or maybe not?)

My father, after getting divorced from my mother, became homeless. They had a very tumultuous relationship, he loved her and he kind of lost it when she left him. He tried for a while, he really did, but after his early pension ran out, there he was, sleeping in his Caddy. I would knock on his window and he always had a smile. I never thought twice about what my friends thought, I brought them along too and we’d hang out with him and talk with him. For all intents and purposes, he was the “cool dad.” It wasn’t till a few years later, in my teen years, that I realized people were TALKING! “Did you know about Jenny’s dad?” they’d say. “Maybe she’s homeless too.” A fair assumption I suppose. ;)

I wanted to help my dad, get him off the street. I found a job at a local retailer making $4.25 an hour…every penny was to go to my dad so he could save up for a place to live. In the mean time, I would sneak him into my house, let him shower, make him some food and make sure he would be gone before my mother came home. My neighbors would always tell on me though and I would get what my mom called, “a beatin'” for it each time she heard about it. I didn’t mind or care, I was used to it and I loved my father. I loved my mother too and I know I would have done the same for her had the shoe been on the other foot.

I was 14 when I took that job and after my manager realized I had lied on my application stating I was 16, he politely excused me and let me know “I could come back in a few years.” I got a boyfriend around that time who I was head over heels for. He was Puerto Rican and because I liked him so much, I taught myself Spanish so I could understand when his mother told him to not let that “puto gringo” in the house. :D

The boyfriend, we’ll call him Paulie, started telling me he was seeing my father around town, drunk. I didn’t and just couldn’t believe that. He went on to tell me that all the money I have given him over the course of the few months I was working was going towards booze. He proved his point after one night, I gave him some money and we followed him in Paulie’s “cool car!”

Disappointed, but still loving and understanding my dad, I continued to allow him into my mom’s house and later got another job, too.

My mother and I were two very different people and so when given the chance to leave her house, I did. I got married at the age of 14. Indeed, out of the frying pan and into the fire. Paulie was just as abusive, if not more so than my mother…and I found myself back at her house begging to come back. She let me back in and enjoyed the failure. A few months later she was reported to CPS for child abuse…they needed to remove me from the home until the investigation was over. A friend’s mother, who incidentally reported the abuse, said I can move to their house. My father promised to pay the woman for food and my stay there, but God Bless him, it never happened. CPS concluded that “the abuse was unfounded.” (Despite measuring 4 inch gashes on either side of my neck). And the halls in my mom’s house when I returned home echoed “unfounded” for weeks.

I would keep my distance, going out when mom was about to come home and sliding back in when she left for work. It worked well for a time. One day mom’s best friend called while she was at work and I said, “Mom’s not here, she’ll be back at 4:30.” The friend said, “But Jenny I want to talk to you, I have to tell you something.” In a million years I never would have guessed that my mom would take off to Florida- without me. 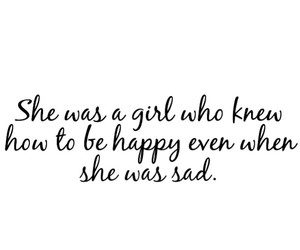 There I was (like father like daughter) sleeping in my car. This was the most magical and scary time of my life. I kept talking to God and I know he was listening…

I got a job in a local hospital and worked 12 hours shifts. I saved enough money to get an apartment for dad and me. If you ever wanted to know how I’d describe heaven it is liken to the first night I slept in my bed at our new apartment. Cool breeze just behind me, where the window was,… soft, clean blankets…and, silence. “Thank you, God.”

Admittedly, I didn’t know a lick about budgeting and finances, I, of course quit school and must have missed that class. We were nomads for a while, living here and there. At 18 I got my first “corporate” job and started doing well, at least in terms of paying bills on time. Or so I thought. It was 10 days before Christmas and I walked to my door to find an eviction notice taped to my door. It said for “arrears.” What the heck was that? It turned out the money I was leaving for the rent was going to the dad (aka Jack Daniel’s) fund. 3 months behind and counting.

If you wanted to know my description of hell it would have been that day. All my belongings out on the street with cars, lurkers and leering faces.

“In order to be on state assistance you have to sell your car,” the lady said. “You can’t have any assets.” In hindsight I should have just kept the proceeds of the sale and found another apartment. But I did as they told me and handed over the money to them. My father and I were split up. He lived in a room many towns away and I lived in a room with rats and roaches. Not a good look for an 18 year old. :D The landlady swore I must be on drugs and a prostitute- why else would I be here?

Determined to “rise up again” I worked as much as I could and had the new boyfriend pack me up and bring me to a new place. On the way, we picked up my father. He had plastic bags on his feet for socks…he did not stay in that room they gave him, he stayed in the streets. When I saw his feet I wept and was so glad I was able to bring him back with me. There were going to be some ground rules- like not using the rent money for anything other than rent- and we got along just fine.

I had found a job not too far from my home and the hours were perfect! 12pm-8pm…excellent for a person who has ALWAYS hated mornings. I was promoted in 6 months to shift manager for the customer service department. They actually ran a contest for which rep could process the most orders in one week without error and to my surprise, I won! This is how they picked the next manager. Yet some of the “girls” (it was an all girl office), had a keen notion that I slept my way to the top. After all, I had long blond hair, a large bosom..”I think she had plastic surgery” I heard one woman say… I guess I didn’t have much room for an actual brain, right? ;)

Despite the comments, I had it going on for a while. I was the youngest supervisor in my company, I had health benefits, belonged to the union…I even gained a few of the girls’ respect. Yet the work kept piling in. I took over this one’s job- and then that one’s…till, sure- I was the supervisor- but I was doing the job of 4 people. I did the job well and then one day, my office was moved closer to my immediate boss- and I lost it. I did, in front of everyone, a speech about how Lincoln freed the slaves in 1863- and left.

I took a few more office jobs and then, while driving aimlessly as I did to clear my mind, I saw a sign on a local taxi stand that read, “help wanted.”

“Driving! I love driving.” I thought.
So I applied there. Some felt I was there as an undercover cop, there were some customers who felt I wasn’t old enough to drive (I was 24).

Freedom of the road, meeting new people everyday…what an experience. I worked nights and actually met my husband there.

I have no regrets on my journey, only wisdom, and a lot more experiences to share…

This snapshot of a part of my life was just a sample of where I have been, it isn’t who I am but it becomes part of you regardless.

But, for the record, finally, (ha ha) I didn’t marry for money, I haven’t had plastic surgery, I’m not a druggie, I didn’t sleep my way to the top, I’m not an undercover cop…or any other generalization. I’m just like everyone else. I have worked for most of my life, I’ve suffered, I’ve rejoiced, I’ve cried…

The truth is, people will box you in, tell you who you are, tell others who you are…yet the true essence lies in one’s heart.

If anything, judge THAT.